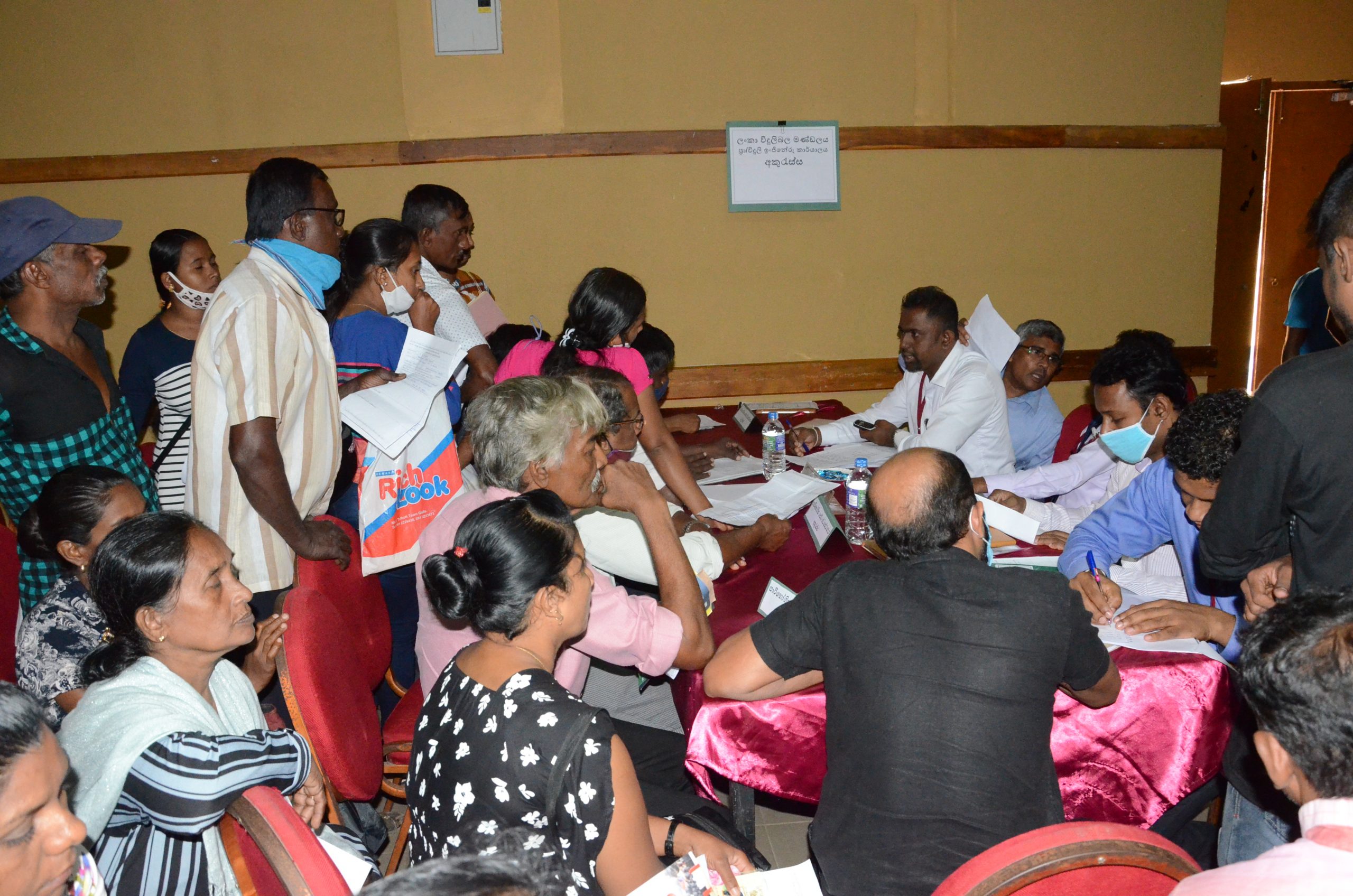 The Mobile Service will be held in all the 09 provinces addressing the electricity complaints of the consumers and offering them with a solution or a procedure then and there, share the regulatory tools with the consumers who seek information, introduce the new services by utility providers, provide solutions for the issues with regard to the way leaves which under the powers of divisional secretaries, provide new electricity connections, etc.

‘It is a concept of the President and the Prime Minister that public servants should go to the public and serve them.  So, I invite the public to come and receive this service and get solutions for the issues you have’ Somarathna Vidanapathirana, District Secretary of Galle District said that the launching ceremony of Mobile Service in Southern province held in Hall De Galle on 17th September 2020 said.

According to the statistics of the Southern Province Mobile Service, about 500 complaints were received and solutions were provided to all the issues at the premises. Most of the complaints were about wayleaves, electricity supply to block-out (auctioned) lands, meter shifting, new connection and name changing of the electricity connections.

The next stop of the mobile service will be Anuradhapura and Polonnaruwa in the month of November addressing the issues of electricity consumers of North Central Province in Sri Lanka.