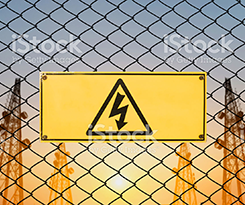 The LCLTGEP, has been compiled based on the results of the latest electricity expansion planning studies conducted by the CEB for the planning period of 2018-2037 and aims to cater the forecasted demand growth by identifying the least cost plant addition sequence based on the most sustainable technology to avoid electricity shortfalls in the country.

The plan has been submitted to PUCSL for the approval.

‘The Least Cost Long Term Generation Expansion Plan is one of the most important plan in a nation as it plans the electricity generation for the country for the next 20 years to ensure energy security as the least cost plant mix for each year is identified by analyzing and evaluating various technology options. It serves as a guideline to facilitate the decision makers in making decisions in line with national policy objectives, by exploring and evaluating various generation technology options in different situations,’ Damitha Kumarasinghe, Director General of Public Utilities Commission of Sri Lanka said.

“By opening the path to the public, we hope to involve all the related and interested parties in the decision-making process through opinions, views, alternative proposals and suggestions on the LCLTGEP 2018-2037 and therefore we hope to increase the transparency of the approval process and increase public participation in the decision-making process of Sri Lanka’s most important energy generation plan.”

The Sri Lankan power system had a total installed capacity of approximately 4018 MW by the end of the year 2016 with a total dispatchable capacity of 3538 MW, including non-dispatchable plants of capacity 516 MW owned by private sector developers.

Sri Lanka recorded 2453MW of maximum demand in 2016 and generated a total of 14250GWh of electricity in the same year.

According to the expected growth, it is identified that the grid should have an installed capacity of 4269 MW should in the beginning of 2018 and 10783 MW by the end of 2037, LCLTGEP data shows. The proposed energy mix for the next twenty years consist, major hydro, coal, pumped storage hydro, combined cycle, oil and gas turbine plants.

According to the plan, least cost has been a major concern while environmentally friendliness has been an added value in identifying the technology options for the generation mix of the next 20 years.

The state utility plans to add 15MW of mini hydro power, 160MW of solar power, 5MW of biomass, 320MW of oil based power to the national grid in the year 2018.

The total investment required for implementing the 2018-2037 plan in the next 20 years is approximately USD 14.568 Billion (LKR 2,168.93 billion) ⁺⁺ without considering the projects for which funds have already been committed. The committed power plants are shown in below;

The LCLTGEP says it is imperative that the power plants are implemented as scheduled in Base Case 2018-2037.

The additional present value cost of USD 153 Million is absorbed by the electricity sector in order to mitigate climate change impacts in accordance with the government policies.

The plan is now available at www.pucsl.gov.lk for reference. A printed copy of this report also is available at the information Centre of the Commission. Those who are interested can submit their written comments/submissions to the Commission by post/fax or e-mail and even the comments can be made online at www.pucsl.gov.lk on or before 6th June 2017. Further, PUCSL will also hold an oral submission on 15th June 2017 and the venue and the date of the meeting will be communicated to the parties at an early date.

Respond online by accessing PUCSL Website
Or Email to: consultation@pucsl.gov.lk